Top 5 Things to Do in the Southern Black Hills

Situated near Keystone in the Southern Black Hills of South Dakota, the memorial is nearly 30 miles away from Rapid City.

Each year, about three million tourists from all across the world visit Mount Rushmore to experience and feel this patriotic site. Currently, the wonder of the mountain reverberates through every visitor. The four “iconic faces” of the presidents sit upright 5,725 feet above sea level. They are scaled, larger-than-life men who stand over 450 feet tall.

The site also offers numerous activities allowing you to make a day out of it. For example, take in the Mount Rushmore Audio Tour, the President Trail, the Sculptor’s Studio, Lincoln Borglum Visitor Center and Museum, and the Youth Exploration Area. Additionally, the monument offers amenities including pet exercise areas and a parking garage with R.V. parking. Likewise, we must include the Memorial Ice Cream Shop, the Carvers Café, Gift Shop, and the Mount Rushmore Bookstores. Certainly you can imagine how perfect hiking along this patriotic monument with two scoops of Praline Pecan in your hand will be.

Thanks to numerous years of exploration and mapping, Wind Cave has expanded to be one of the world’s largest known caves. Currently stretching over 150 miles, the mapped passages make it the third-longest cave in the nation and the seventh-longest in the world.

Wind Cave features a few stalactites and stalagmites, however, the cave is primarily known for its outstanding display of boxwork. Boxwork is a unique cave formation composed of thin calcite fins resembling honeycombs. They are magnificent!

Additionally, Wind Cave National Park also highlights 28,295 acres of mixed-grass prairie, Ponderosa pine forest, and wildlife. Because of the park’s mixed-grass prairie, the park is home to native wildlife such as elk, deer, bison, pronghorn, coyotes, and prairie dogs. The park has a great interactive visitor’s center and several hiking trails. Special note: You’ll want to plan ahead as cave tours often sell out by mid-morning.

steps to buy a land
Go to top

Beneath the Southern Black Hills of South Dakota is the fascinating underground world of Jewel Cave. With more than 202 miles of explored passageways, Jewel Cave is currently one of the world’s longest caves. It was brothers who passed through the canyon who discovered this cave at the turn of the century.

This marvelous underground environment can satisfy even the most curious of human beings. The brilliant color and fragile rocks merge to create a remarkable ecosystem that cannot be witnessed elsewhere.

Ranked as the third-longest cave in the world, Jewel Cave has a lot to offer for those interested in its natural glory. The monument is home to a wide array of plants and wildlife. The area has an enthralling wildfire history, making it a truly resourceful jewel in the National Park Service.

Guided cave tours are available and offer an opportunity for viewing the astonishing cave system. You will get to watch the sparkling world of calcite crystals, delicate strands of gypsum, and other remarkable cave formations. It contains large rooms lined with boulders, tight crawlways, and dark fissures leading into the unknown corners.

Tickets are required to go into the cave and are limited by tour type. Furthermore, tours often sell out at any time during the day. Plan ahead. You don’t want to miss this gem in the Southern Black Hills of SD.

Next on the list is the largest state park in SD, Custer State Park. The park spreads across 71,000 acres of spectacular terrain and has an abundance of wildlife. On entering the park, you’ll discover a whole world of adventure.

Another popular site is the 7,242-foot Black Elk Peak. From rock climbing, mountain biking, horseback riding, fishing, chuckwagon suppers, and jeep rides that will take you to see the bison, there is something for everyone.

The park also boasts picturesque drives, such as the Needles Highway (SD 87), which winds its way past gigantic rock formations and narrow tunnels. At the end of the tunnel rests the Needles Eye, a granite spire with a slit only three to four feet wide but reaching 30-40 feet in the air. Words cannot express the majestic formations. This scenic drive is worth the trip alone. Finish your trip to Custer State Park at one of these outstanding restaurants in Custer.

Financing Options for Your Land Purchase
Go to top

The Sculptor, Korczak Ziolkowski, started working on the world’s largest mountain carving back in 1948. Once completed, the massive memorial plans to stand 563 feet high and 641 feet long. To help you with some perspective, the heads at Mount Rushmore National Memorial are 60 feet high. Moreover, this would be the second largest tallest statue in the world, assuming it gets completed to the original specifications.

The workers were able to finish carving the 87½-foot-tall Crazy Horse Face in 1988. Since then, they have focused on thinning the remaining mountain to build the 219-foot-high-horse’s head.

Meanwhile, additional highlights include the Indian Museum of North America and the adjoining Welcome Center and Native American Educational and Cultural Center, which features over 12,000 contemporary and historical items—from pre-Colombian to contemporary times. The new Mountain Museum wing helps visitors with explanations of all the work that happens behind the scenes.

The Crazy Horse Memorial remains open every day, from 7 a.m. to dark during the summer season. During Memorial Day weekend through the end of September, the storytelling continues into the night with “Legends in Light” laser-light show being projected on the mountain carving. In short, schedule enough time to truly experience this incredible destination and all it has to offer.

How Much Times Should You Spend in the Southern Black Hills

Above all, don’t rush through your Southern Black Hills rendezvous. A week is more than enough to explore all of the Southern Black Hills Region. Consider keeping aside separate days for lighter activities, good eating, and well, the main attraction, Mt. Rushmore. To sum it up, a southern black hills vacation will realign your entire being thanks to the fresh outdoor air, SD charm and hospitality, and sights that fascinate young and old alike. Lastly, don’t pet the buffalo, and bring your camera.

Browse land for sale in black hills
Go to top

Providing you with superior customer service and an enjoyable real estate experience. 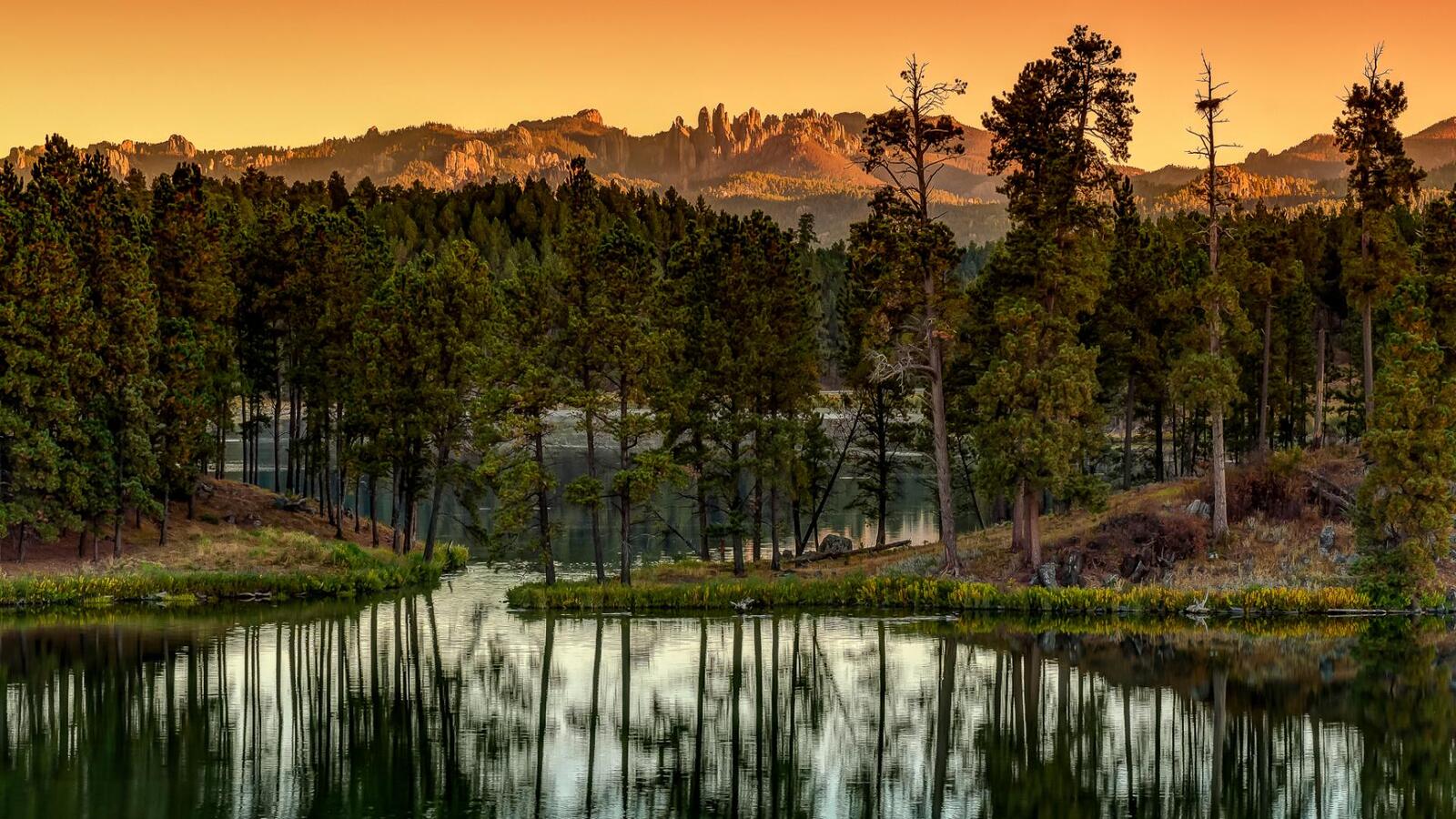 “For every animal of the forest is Mine, the cattle on a thousand hills,” Ps 50:10

Disclaimer:  Content on this website is for general information only and is believed to be accurate; however, the accuracy of this information is not guaranteed or warranted by Heyn Real Estate LLC. Listings are subject to price change, prior sale, correction or withdrawal without notice.   All information should be verified by buyer or buyer’s agent.